Chipolopolo Iyeeeeeeee!! We can do it again

Congratulations to Chipolopolo for winning the Africa Nations Cup Final. This victory did not come in an easy way. Going into the tournament jointly hosted by Equatorial Guinea and Gabon as under dogs, the Zambia National

Football Team had to overcome pre tournament favorites Senegal, Ghana and Ivory Coast to win the continents highest prize in football. Winning this tournament has given Zambians a sense of euphoria and a new sense of hope.

During the final game against Ivory Coast during the penalty shoot outs, Zambian player Sunzu scored the most important goal that made Chipolopolo win the cup for the first time. To win this cup Chipolopolo worked hard for their victory and deserved it. President Sata in his congratulatory message to the team observed that the team’s momentous achievement had further galvanized the country which had under gone great renewal of hope in the last few months.

This victory can be replicated in other areas. One such area of interest is the attainment of the Millennium Development Goals by the year 2015. The nation has waited since 1994 to once again reach the African cup final and finally emerge as winners. This demonstrates the country’s determination and fighting spirit. Zambia can do this again. Thirteen years ago our nation and other UN member countries set ambitious goals for themselves to eradicate poverty by 2015. To meet the MDGs by the years 2015 we need a visionary political leadership which inspires the whole nation to greater heights. We have come a long way and the end is in sight. What we need is a big score to meet the MDGs. This can be done in the same way that we won the African Football cup.

President Sata is our penalty taker and we are depending on him to convert that important goal to win over poverty in our country. Actually the president realizes the importance of this task. In his own words when congratulating the national team on its success said that “Zambians have the capacity to fight poverty in the same manner the Chipolopolo Boys have fought and won the 2012 Africa soccer extravaganza”. He went on to say that “the victory at the just-ended Africa Cup of Nations (AFCON) tournament was an indication that Zambians could effectively fight poverty if they worked hard”. With the same spirit of resilience and determination that enabled us to win African’s top football tournament, we can overcome extreme hunger and poverty in our country. Our eleven national team players did not achieve this success on their own. During the final match against Ivory Coast we had in attendance the Vice President Dr Guy Scott, First Republicans Presidents Dr Kenneth Kaunda and fourth Republican President Rupiah Banda accompanied by various ministers and thousands of soccer fans.

To win the battle against poverty we need everyone to be involved from the president to the woman who sales fruits at the street corner. We agree with President Sata when he says; “If we work hard we can achieve what we want. We can reduce poverty, if the boys did it, we can also do it.”  As we are all united in celebrating the victory of our national team, we can unit again in our fight against poverty and push for the attainment of the MDGs. Working together we can see more people having enough food to eat, more boys and girls starting grade one and completing their secondary school education and more girls and women empowered and protected from gender based violence. We also believe that if we work together as a nation we can reduce the numbers of children below the age of five dying from preventable diseases and also safe guard the heath and lives of pregnant women. HIV AIDS and malaria infections can also be reduced in our country if we willing to work together. With the same unity of purpose, we can all work together to safe guard our environment.

Zambia waited for about 19 years to reach the African Football cup final. Now we only have three years to go to reach the completion point of the Millennium Development Goals. Our eyes on our penalty taker President Sata to provide us with the needed leadership to score big on attaining the MDGs. We call on the whole nation to join our president to make sure Zambia meets her side of the MDGs and as a result millions of people will be released from poverty.

Congratulations Chipolopolo boys for showing us that all things are possible if only we are willing to try.

Micah Challenge Zambia will be carrying out a campaign on water and sanitation on the Copperbelt and Lusaka, which are Zambia’s main urban centres. We would like to call on you to participate in this campaign. We hope 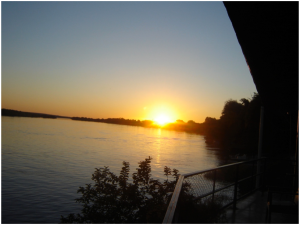 that through this campaign you will be able to:

This document will give you an over view of the water and sanitation situation in Zambia. Then towards the end we will invite you to participate in the 2012 main campaign activity. This activity will be followed up with capacity building in advocacy training for church leaders who will be willing to participate in this campaign. Its the wish of Micah Challenge to ensure that 50% of the people particparting in our advocacy campaigns are women, and members of marginalised groups, such the people with disabilities. This will ensure that social exclusion and gender is taken into account in our camapings.

Get our latest news by email